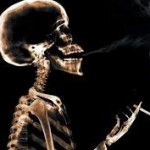 Smoking-related illnesses have accounted for more deaths and health care costs in California than AIDS, Alzheimer’s disease, diabetes and several other health conditions, according to a new study by UC-San Francisco’s Institute for Health and Aging and School of Nursing, the San Francisco Examinerreports.

The study is part of series of reports on the costs associated with smoking. The reports are published every 10 years.

The new study was conducted over a three-year period and examined tobacco use between 1999 and 2009 (Dudnick, San Francisco Examiner, 10/15).

The study found that about 12% of California residents smoke daily, and smoking accounts for more than one in seven deaths in the state, according to San Francisco Weekly‘s “The Snitch.”

The number of smoking-related deaths was:

The study also found that the cost of smoking in California — including smoking-related illnesses, deaths and health care expenditures — was $18.1 billion in 2009, compared with $15.8 billion in 1999.

However, that marked a 22% decrease when adjusted for inflation, according to the study (San Francisco Examiner, 10/15).

The study found that cost of smoking for men was higher than for women, at $11.7 billion and $6.4 billion, respectively.

Overall, the researchers found that tobacco control efforts in California have helped reduce the:

However, the numbers are still high and suggest that specific geographic areas in the state could benefit from targeted smoking cessation efforts, according to a UCSF release (UCSF release, 10/15).