On September 30th, 2015 the World Health Organization issued Updated Guidelines on when to start Antiretroviral Therapy and Pre-Exposure Prophylaxis (PrEP) for HIV. 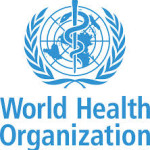 If these new guidelines are adopted worldwide 21 million deaths can be averted and 28 million new infections can be prevented by 2030. The new guidelines are now in line with US Treatment Guidelines and PrEP Guidelines. San Francisco has shown declines in new HIV infection by more than 18% between 2013 and 2014 by implementing widespread HIV testing, early antiretroviral treatment and PrEP.

The START trial showed benefits of early antiretroviral therapy and led to changes in the recommendations to universal treatment for everyone who tests HIV positive.

A number of studies have been done on PrEP

The WHO Guidelines state that oral PrEP should be offered as an additional prevention choice for people at substantial risk of HIV infection as part of combination prevention approaches.

Dr. Mark Dybul, executive director of the Global Fund to Fight AIDS, Tuberculosis and Malaria, said the new recommendations were “critically important to moving us toward fast-track treatment and prevention goals.”

The recommendations underscored the difference in options available to patients in industrialized countries and those in the developing world, and public health advocates acknowledged that it was unclear where the money would come from to turn the new guidelines into reality.

Although the W.H.O. issues guidelines, each country sets its own policy. Inevitably, when treatment starts depends on how many citizens the country’s health budget can afford to treat. Fifteen million people are on treatment now, fewer than half of the 37 million people infected worldwide.