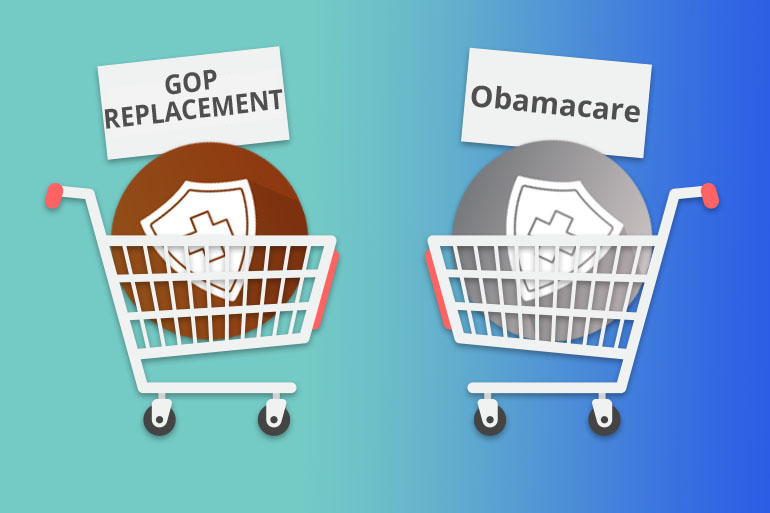 People getting subsidies to help buy health insurance would see at least three sharp changes — tied to both age and income — that could dramatically affect how much they pay for coverage if the Senate Republican health plan becomes law.

The Senate bill released Thursday would reduce the income thresholds that determine eligibility, change the amount people who receive help pay toward their insurance premiums and peg subsidies to less generous coverage.

About 85 percent of the nearly 10 million consumers who enrolled in coverage last year through federal and state marketplaces received tax credit subsidies and other types of financial assistance. Under the Senate plan, some could pay less in premium costs, but many, particularly older Americans, could see their share of payments go up. And let’s be clear — you’re old at about 40.

Incomes Eligible For Help Fall To 350 Percent Of Poverty

The Affordable Care Act provides tax credit subsidies on a sliding scale for people earning up to 400 percent of the federal poverty level — an amount that equals about $47,520 this year for individuals. Starting in 2020, the Senate bill would drop that to 350 percent, which is now an annual income of about $41,580. As a result, fewer people would qualify. To be sure, some enrollees who exceed that new income limit might lose only a small subsidy because of the way the current law is structured, but older enrollees could lose substantial amounts. The Center on Budget and Policy Priorities estimated Thursday that a 60-year-old earning just above the cutoff would lose at least $3,000 annually in subsidies.

Tax credits are just one part of the picture. Under the ACA, subsidy-eligible enrollees must pay a percentage of their annual household income toward premiums, ranging from about 2 percent to just over 9.5 percent for those with higher incomes. Those amounts go up over time. The Senate bill would adjust those percentages based on age, keeping the lower limit at around 2 percent, but exceeding 16.2 percent at the highest income and age group. So if you are 39 or younger, you generally would pay smaller percentages of your income when compared with what you pay under the ACA, ranging from about 2 percent to 8.9 percent.

The Senate would link the subsidies to plans with less generous coverage than the ACA. Subsidies under current law are pegged to a benchmark “silver” plan, which covers an average of about 70 percent of medical expenses. The Senate would peg the subsidy to the median price of a policy that covers about 58 percent of health costs, roughly equivalent to today’s “bronze” plans. Consumers pay the rest of the cost, usually through deductibles and copayments. This year, average deductibles for bronze plans were more than $6,000, while silver plans averaged $3,500, according to consumer website HealthPocket. People could still use subsidies to buy more generous plans, but the premiums would be higher.

The Senate bill — once promised as a top-to-bottom revamp of the health bill passed by the House last month — instead maintains its structure, with modest adjustments.

Christopher Condeluci, who served as tax and benefit counsel to the Senate Finance Committee when the ACA was drafted, said the changes might prompt more people to buy insurance, noting that subsidies will be available to those who are under the federal poverty level, which they aren’t under current law. Younger people also might benefit by paying less toward coverage, helping boost their enrollment.

To make that happen, however, he said, the formula had to be adjusted so older people at the higher-income end of subsidy eligibility pay more.

“The current ACA discourages younger people from getting in,” said Condeluci, who expects “the older-age lobby will continue to criticize this type of proposal.”

While getting people under the poverty level covered by insurance would be a good thing, it should be done by expanding Medicaid, said Sabrina Corlette, who studies the individual insurance market as research professor at Georgetown University’s Health Policy Institute.

“It’s much more expensive for the federal government to subsidize private insurance than provide a Medicaid benefit,” said Corlette, who also doubts that many people earning less than $12,000 a year have enough saved to cover the cost of a deductible in the types of plans the Senate proposal would subsidize.

In total, the changes proposed in the Senate bill mean, Corlette said, “the subsidy buys you less and the older you are, the more you will be asked to pay.”