Hallelujah this week the Supreme Court of the United States Ruled on two groundbreaking cases that has a HUGE impact on People Living with HIV.

The first case whose ruling came down on Thursday June 25th, 2015 SCOTUS upheld the Affordable Care Act’s Subsidies in the King Case. Chief Justice John Roberts wrote the opinion in this case.

The second groundbreaking case this week was ruled on today June 26th, 2015, Obergfell V Hodges; The Marriage Equality Case. In a 5-4 decision the Court ruled that ALL 50 States must recognize same sex marriage. Justice Kennedy wrote the opinion.

Both these cases are groundbreaking and a testimony to our Justice system that discrimination and hate NEVER prevails. Love and justice always wins no matter how long and winding the road to get there is. #HealthcareForAll #MarriageEquality #NoH8

Lets look at both these cases and see how they impact PLWH in a positive way….for a change. 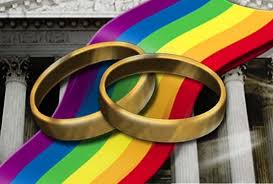 The Affordable Care Act provides subsidies to help US residents purchase insurance coverage through the federal exchange. These subsidies have been critical for thousands of PLWH who have shifted from State ADAP programs or who were previously uninsured. The federal Government provides subsidies to individuals who don’t qualify for expanded Medicaid under ACA but because of their income would not be able to afford the insurance premiums. An Urban Institute Analysis showed that a ruling striking down the subsidies could have eliminated about $28.8 billion in subsidies affecting 9.3 million individuals in 24 states in 2016.

Because of yesterdays Supreme Court Ruling PLWH who are covered under ACA Exchange plans can rest easier knowing they will be able to afford their insurance next year.

Todays SCOTUS ruling on Marriage Equality finally recognizes LGBTQ people living in the Untied States as EQUAL citizens with equal rights as everyone else. The impact of this ruling is huge for PLWH, as LGBTQ folks living with HIV now finally have their lives and their families validated and regarded as equal regardless of which State they happen to live in.

People that marry can now reap the benefits of all married couples, such as:

Social Security provides the sole means of support for some disabled and retired Americans.  Every worker contributes to this program through payroll tax, and receives payments upon retirement.  Surviving spouses are eligible to receive Social Security payments.

In a revenue ruling issued in 2013, the Treasury Department and the Internal Revenue Service announced that legally married same-sex couples would be recognized for all federal income tax purposes, regardless of where they live. Under this ruling, the IRS will recognize married same-sex couples for the purposes of income tax, estate and gift taxes, and payroll taxes associated with many employee spousal benefits.

U.S. immigration law recognizes any legal same-sex marriage if it was legal in the place where it was celebrated. Approximately 75% of the one million green cards or immigrant visas issued each year are granted to family members of U.S. citizens and permanent residents.    The U.S. Customs and Border Protection also broadened the definition of “members of a family residing in one household” to include long-term same-sex couples and other domestic relationships.  This change allows LGBT families traveling abroad to create only one custom declaration form as a family when re-entering the United States.

According to the GAO Report, marital status affects over 270 provisions dealing with current and retired federal employees, members of the Armed Forces, elected officials, and judges.   Following the Windsor decision, LGBT federal workers may enroll their same-sex spouse in health insurance through the Federal Employees Health Benefits Program (FEHBP).    The Office of Personnel Management has also published a revised regulation regarding enrollment of step and foster children in FEHB coverage.  This regulation now clearly allows federal workers to enroll a same-sex partner’s child in the FEHB program.

Federal law requires employers to give their former employees the opportunity to continue their employer-provided health insurance coverage by paying a premium (the requirement was part of the consolidated Omnibus Budget Reconciliation Act of 1985; hence the common name COBRA).  Same-sex spouses, regardless of where they live, now have access to federal COBRA protections.

Prior to todays ruling couples had to have iron clad Trusts and Healthcare directives in the event that if either spouse fell ill and needed hospitalization; then the spouse would be granted visitation rights and be allowed to make healthcare decisions for the ill spouse. Once married they spouse would automatically have these rights.

How many thousands of people have been hospitalized and died of AIDS over the past 34 years only to be discriminated against by having lifelong partners excluded from medical decisions and hospital visitation rights? When a spouse died how many surviving spouses wracked with grief; were discriminated against by the families of those who died, evicted from their homes and left with nothing?

The numbers are unimaginable and a today ruling is for all those who came before us who suffered, marched and died. Thank you to all of you for the grassroots struggles over so many years that brought us to where we are today.