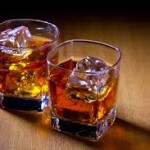 The Veterans Aging Cohort Study (VACS) was designed to look at alcohol consumption and whether it was more harmful in the HIV positive population compared to HIV negative population with similar characteristics. The study was published in Journal Drug and Alcohol Dependence

According to the news release even the consumption of one or two drinks per day was associated with increased risk for people with HIV. “It demonstrates that even among people on ART with suppressed viral load, who are much less sick in general, there is still an added effect of alcohol among those individuals than people without HIV,” said Amy Justice, professor of general medicine and of public health. “It suggests the threshold for safe alcohol consumption is likely different for people with HIV.”