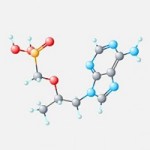 Tenofovir, which is widely used for HIV treatment and prevention, is activated in a tissue-specific manner, being processed by different enzymes in immune cells, the vagina, and the colon, according to a study published in the July 19 advance edition of EBioMedicine. These findings have implications for the effectiveness of tenofovir for pre-exposure prophylaxis (PrEP).

Tenofovir disoproxil fumarate or TDF (Viread, also in the Truvada, Atripla, Complera, and Stribild coformulations) is among the most widely used antiretroviral drugs for HIV treatment. A new formulation under development, tenofovir alafenamide or TAF, reaches higher levels in HIV-susceptible immune cells when taken at lower doses that are easier on the kidneys and bones.

Oral Truvada is the only agent currently approved for HIV PrEP. Other tenofovir formulations are under study including gels and vaginal rings. The iPrEx trial of mostly gayand bisexual men showed that once-daily Truvada reduced the risk of HIV infection by 44% overall, rising to 92% among participants with blood drug levels indicating consistent use.

Truvada PrEP also performed well in the Partners PrEP and TDF2 studies of heterosexual couples in Africa. But the Fem-PrEP and VOICE trials of young women were unable to show a protective effect of Truvada or tenofovir vaginal gel. This has primarily been attributed to poor adherence, but animal and human studies suggest that there are also physiological reasons why tenofovir may be less effective against vaginal compared to rectal HIV exposure.

Julie Lade and colleagues fromJohns Hopkins University School of Medicine performed a laboratory study to analyze the chemical processing required to convert tenofovir to its pharmacologically active form in the body.

Tenofovir requires 2 phosphorylation steps (addition of phosphate groups), being converted first to tenofovir monophosphate then to the active form tenofovir diphosphate. But the specific kinase enzymes that activate tenofovir in cells and tissues susceptible to HIV infection have not yet been identified, the study authors noted as background.

In this study the researchers examined peripheral blood mononuclear cells (PBMC) and vaginal and colon-rectal tissue samples that were transfected with siRNA targeting nucleotide kinases and incubated with tenofovir in the laboratory. As explained in a Johns Hopkins press release, this had the effect of “knock[ing] out genes for phosphate-adding enzymes one by one.”

“[O]ur results demonstrate that tenofovir is activated in a compartment-specific manner,” the authors concluded. “Further, genetic variants have been identified that could negatively impact tenofovir activation, thereby compromising tenofovir efficacy in HIV treatment and prevention.”

“Because these enzymes are polymorphic and may be dysfunctional in some individuals, these findings suggest that tenofovir-based HIV PrEP may not be protective for all individuals,” they added.

“Tenofovir has been shown in trials to be very effective, so when it doesn’t work, researchers and clinicians tend to assume the individual just wasn’t taking the drug as directed,” coauthor Namandje Bumpus explained in the press release. “That is probably true in most cases, but in others, it’s possible that genetic variation is actually at fault.”

“If confirmed by further studies, our results suggest that in the future, before prescribing tenofovir to a patient, a doctor could order genetic testing and know in advance if it works, and prescribe a different drug if it won’t,” she added.

JM Lade, EE To, CW Hendrix, and NN Bumpus. Discovery of Genetic Variants of the Kinases That Activate Tenofovir in a Compartment-specific Manner. EBioMedicine. July 10, 2015 (Epub).