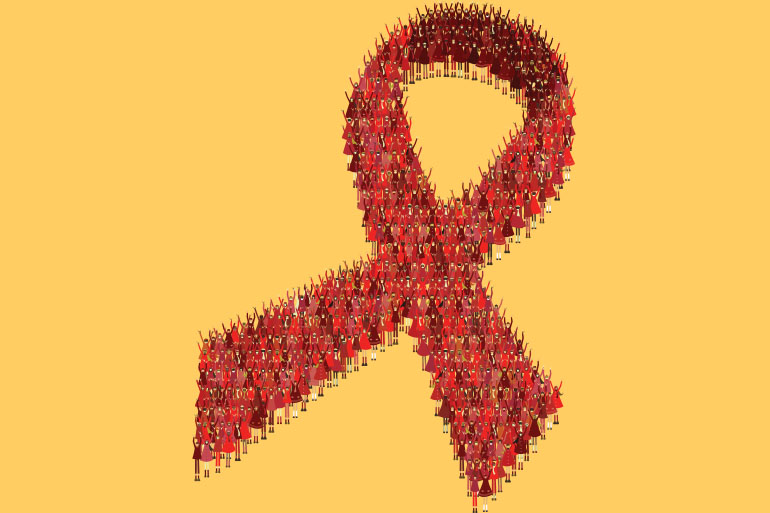 When Tami Haught was diagnosed with HIV, she was one day shy of her 25th birthday. The diagnosis did not come as a shock since doctors had determined her fiancé was dying of AIDS several weeks earlier.
In the two decades since, Haught, 48, has turned to expensive prescription drugs to keep the deadly infection in check. In 2005, she began receiving help purchasing her medications through the AIDS Drug Assistance Program (ADAP), a federally funded network of programs in each state that assist low-income HIV and AIDS patients. Since the Affordable Care Act was implemented, ADAP has helped her buy an insurance policy to cover a wide assortment of her health care needs.

Advocates fear Republican plans to overhaul the Affordable Care Act could cause such upheaval in the individual insurance market that federal funding would not be enough to continue the premium assistance. The state ADAPs might be forced to turn primarily back to subsidizing medication.

“We are at a pivotal point in HIV where people are talking about the end of the epidemic,” said Ann Lefert, senior director of the prevention and care program and policy at NASTAD. “It’s hard to imagine that, if the health care coverage changes dramatically — it would be hard to get there in the same speed.”

Nationally, more than 139,000 clients were served by ADAPs in June 2015, according to the latest report from the National Alliance of State and Territorial AIDS Directors (NASTAD), a coalition of state officials responsible for administering HIV and hepatitis programs. About half of those clients were getting help purchasing insurance through the federal health law’s marketplaces or elsewhere, a switch from the program’s historical role of paying primarily for expensive prescriptions.

California’s ADAP is among the largest in the nation. It ranked first in the number of enrollees in June 2015, and second in spending on medication, after New York, at $23.8 million, according to the AIDS directors’ report.

The California program helps nearly 30,000 low-income Californians with HIV and AIDS pay for medications, insurance premiums and medical care, according to the state’s Department of Public Health.

However, the California program has encountered serious challenges over the past several months, as patients in need had difficulty enrolling and getting their premiums and medications covered. Earlier this month, the state fired the contractor responsible for enrolling patients, saying its poor performance threatened enrollees’ access to life-saving medications. Following the termination, the public health department began to determine eligibility and enroll patients directly rather than contract with a new company.

According to the national AIDS directors’ report, in June 2015, about 72,000 people got help paying for their insurance, including nearly 4,000 who also received assistance to purchase medication. That’s more than twice as many as got insurance help in 2010, when the health law was passed.

Tami Haught, who was infected with HIV 23 years ago, now gets help paying for her insurance through the AIDS Drug Assistance Program. She worries that changes in the health law could cut back that help. (Courtesy of Tami Haught)

To qualify for ADAP assistance, prospective clients must meet standards determined by the state. Individuals must prove their residency and recertify every six months. NASTAD reported more than 70 percent of clients served by ADAP in June 2015 reached viral load suppression, or undetectable levels of HIV in the blood. By comparison, only 3 of 10 people living with HIV in the U.S. reached suppression in 2011, the Centers for Disease Control and Prevention reported.

ADAP is required to choose the most cost-effective way to assist clients. Currently, that option often is financial assistance for purchasing an insurance plan that covers broad health expenses. But before the ACA, when insurance companies could legally exclude customers with preexisting conditions or charge them very high premiums, buying insurance was difficult for HIV patients.

Consequently, the program focused primarily on helping patients buy the pricey drugs they needed. It struggled to meet that demand, however, often using waiting lists to determine which low-income clients could be helped. At its peak, 9,278 individuals waited to access ADAP services, according to NASTAD. The program eventually eliminated the waiting list in 2013.

For many of those low-income patients, it was the only help available, given they weren’t eligible in many states for Medicaid, which generally limited eligibility to children, very-low-income families and people with debilitating conditions.

“Most people had to be disabled in order to get access to Medicaid services, even though the treatments that became available in the 1990s prevented you from being disabled,” said Jeffrey Levi, a health management and policy professor at George Washington University in Washington, D.C.

But the ACA’s provisions — principally, the Medicaid expansion undertaken by 31 states and the District of Columbia; subsidies for low-income people buying plans on the insurance marketplace; and consumer insurance protections —enabled ADAP to spend less on purchasing drugs and use its funds more efficiently to help clients buy coverage. They could use the assistance to pay the portion of premiums not covered by federal tax subsidies and expenses not picked up by their plans, such as deductibles and copayments.

The NASTAD report also found that ADAP paid an average of $1,678 per client for medications in June 2015. In contrast, the program contributed an average $444 to health plans for clients. Some insured clients, however, also received help paying for medication.

While Lefert said she doesn’t anticipate waiting lists returning to ADAP if the health law is partially repealed, other experts worry about how far existing funds can be stretched.

“Now you’re going to have a bunch of people rushing back to the [ADAP] pool with not enough dollars to cover them all,” said Matthew Rose, policy and advocacy manager for the National Minority AIDS Council.

Changes to the health law could interrupt treatment and lead to gaps in care, said Erin Loubier, senior director for health and legal integration and payment innovation at the Whitman-Walker Health clinic in Washington, D.C. And without protections from discrimination based on preexisting conditions, she said, people could shirk screening for fear of losing their jobs or health insurance.

Haught, of Nashua, Iowa, now works as a training coordinator for the SERO Project, an advocacy group fighting against HIV criminalization laws around the nation. Haught said she’s surprised that she’s lived 23 years past her diagnosis, which allowed her to see her son graduate and spend time with her grandson, Chase. Taking her medication is critical.

“I will die if I don’t have access to my medication and treatment, and it’s not pretty,” she said. “I’ve seen it. It’s not an easy death.”