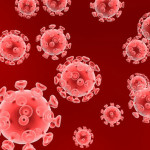 This Article was written by Michael Carter and published on NAMAIDSMap.com

A low CD4 cell count is associated with increased mortality risk, even if people are taking virologically effective HIV therapy, an international team of investigators report in the online edition of Clinical Infectious Diseases. People with incomplete CD4 count recovery – a count below 200 cells/mm3 – despite three years of treatment with virologic suppression had a more than two-fold increase in their mortality risk compared to people with more robust immune reconstitution.

“We identified older age, transmission via male heterosexual sex or IDU [injecting drug use], lower CD4 count at start of the suppressed period and longer time from initiation of cART [combination antiretroviral therapy] to start of the virally suppressed period as risk factors for incomplete CD4 cell recovery,” write the authors.

They believe their findings underline the importance of earlier HIV diagnosis and the prompt initiation of therapy. The investigators also urge that patients with incomplete CD4 count recovery should be closely monitored for certain diseases, including hepatitis and non-HIV-related cancers.

Modern antiretroviral therapy is very effective at suppressing viral load. This control of HIV replication allows the immune system to strengthen and CD4 count to increase.  People with virologic and immunologic responses to HIV therapy now have a normal life expectancy.

However, it is well known that a significant proportion of people taking anti-HIV drugs do not have a robust increase in their CD4 count, even though treatment is controlling viral load. The clinical consequences of this discordant response to treatment are unclear.

Investigators from Europe and North America therefore designed a study to elucidate the factors associated with an incomplete CD4 response to HIV therapy in people with long-term virologic suppression. They also compared mortality rates according to CD4 count and analyzed the relationship between incomplete immune recovery and specific causes of death.

The study population comprised 5550 patients enrolled in 53 cohorts across Europe and North America. All the participants had a CD4 count below 200 cells/mm3 when they started HIV therapy. They were followed for a median of 3.4 years.

The majority (85%) achieved an increase in their CD4 cell count to above 200 cells/mm3 after three years of viral suppression.

A total of 175 (3%) participants died. The mortality rate was 8% among people with incomplete CD4 count recovery compared to 2% among individuals whose CD4 count increased to 200 cells/mm3. Therefore individuals who did not attain a CD4 count of 200 cells/mm3 despite long-term virologic suppression, had a significantly increased mortality risk compared to people with an immunologic response to treatment (aHR = 2.6; 95% CI, 1.86-3.81).

“Since 15% of treated HIV-positive patients have a CD4 count < 200 cells/mm3 after long-term viral suppression, prognosis of such patients is a major concern,” write the authors.

“Our data underline the importance of the early diagnosis of HIV and treatment with cART before patients have a low CD4 count,” the investigators conclude. “Virally suppressed patients with low CD4 counts should be monitored closely for diseases not conventionally considered HIV-related, especially non-AIDS cancers and liver disease.”