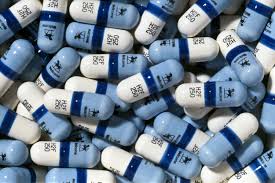 This past week, March 19th to be exact was the 30th anniversary of the day when FDA approved AZT (Zidovudine) brand name Retrovir, the first drug to treat HIV/AIDS.

This was the beginning of the discovery of all the antiretroviral drugs we have today, and HIV has gone from a death sentence of AIDS to a chronic manageable condition.

Today I was at the Los Angeles LGBT Center speaking and presenting to case managers and nurses.

I was on HIV Thrive’s Facebook Live… here is the video for you to see……….