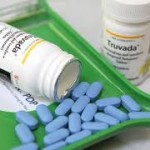 On May 14th the CDC and DHHS released the first Clinical Practice Guidelines for Pre Exposure Prophylaxis (PrEP) for HIV prevention in the United States.

The guidelines recommend Truvada ( tenofovir/emtricitabine) for PrEP. When taken consistently PrEP reduces the risk of HIV infection up to 92% in people who are at high risk. Adherence is therefore absolutely crucial in people who elect to start taking Truvada for PrEP.

The new guidelines are for people who are HIV negative and at substantial risk for HIV.

In addition to the guidelines, a Clinical Provider’s Supplement has been created that contains patient and provider information including a patient/provider checklist