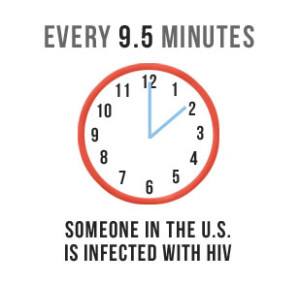 December 1st was World AIDS Day and New York Times Reporter Donald Mcneil reported on an essay published in the New England Journal of Medicine on World AIDS Day. In this article CDC Director Thomas Frieden, MD warns that despite major medical advances and more that 30 years of effort, the United States is still in Danger of losing the war on AIDS.

In the article Dr Frieden and CDC chief of HIV Prevention Dr Jonathan Mermin, MD said “ hundreds of thousands of people with diagnosed HIV infection are not receiving care or antiretroviral treatment. These people account for for most new HIV transmissions”. They noted that each year there are 45,000 new HIV infections in the United States. While HIV medicines are improving, legal barriers have been lifted and Americans are getting tested, Dr Frieden said more people with HIV need to get on treatment and stay on treatment.

Some HIV experts said the essay amounted to a call for radical changes in how the disease if fought, but pointed out that such changes can be made only by state and local health departments. Other experts contend that Dr Frieden should have gone further, calling for, among other things, a heavier reliance on preventive drugs.

What do you think? Share your thoughts in the comments below